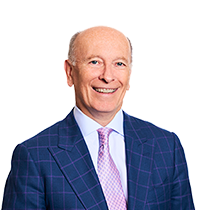 Graduate of University of Toronto (Victoria College) 1978, Osgoode Hall Law School, (LL.B., 1981) (LL.M., 1985). Mr. Jull is Counsel at Gardiner Roberts LLP and recently completed a two year interchange with the Competition Bureau Legal Services in Ottawa in the position of General Counsel. Mr. Jull is the co-author of Profiting From Risk Management and Compliance (Thomson Reuters 2020. Co-Author is Justice Todd Archibald of the Superior Court). A Student Edition of this text is used in a course taught by Mr. Jull at the University of Toronto, Faculty of Law, entitled "Financial Crimes and Corporate Compliance".

Mr. Jull conducts internal investigations and litigates disputes which have a compliance component. This risk and compliance practice spans a spectrum of diverse subject areas ranging from serious criminal offences such as bribery and price fixing to regulatory standards in areas such as the environment, telecommunications, occupational health and safety, advertising law and mergers and acquisitions review.  As part of risk management, Mr. Jull provides advice to organizations with respect to a due diligence matrix for compliance. The matrix is based on a mathematical model which incorporates new behavioral research.

Mr. Jull has litigated cases at all levels of Courts including the Supreme Court of Canada and Courts of Appeals in areas including constitutional and tax law, telecommunications, securities oppression,  environmental offences, misleading/deceptive advertising and civil/ criminal fraud.

Mr. Jull teaches at the Schulich Executive Education Centre, Schulich School of Business, York University in both the open enrollment and custom programs. Mr. Jull is a member of the Osgoode Hall Law School graduate faculty where he teaches a course entitled  “Corporate and Financial Crime and Compliance” in the LL.M. program in Criminal Law. Mr. Jull is listed in the Who’s Who Legal Investigations 2016.