In the past two weeks, the City of Toronto saw the manifestation (albeit coincidentally) of two very distinct yet related events; the release of Pokémon Go and Toronto City Council’s request to ban cell phone use while crossing the street. 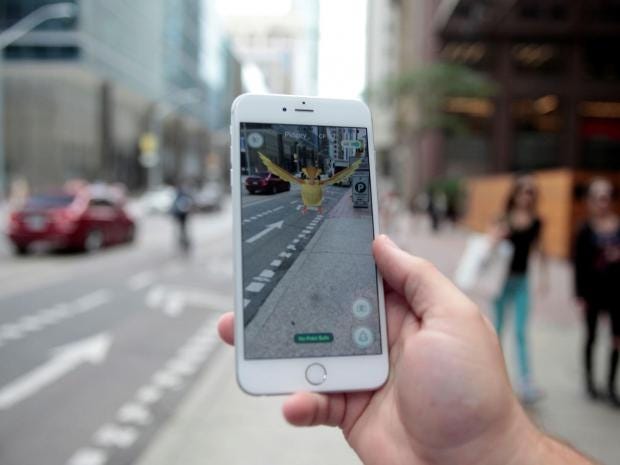 Pokémon Go makes use of a player’s mobile device GPS and camera to create an augmented-reality in which players roam their surroundings to catch virtual critters, Pokémon, who appear on screen as though they exist in the real world.

The release of Pokémon Go was met with great fanfare. The game has exploded in popularity (currently, it has more users than Twitter) and has taken the world by storm (Nintendo’s stock has doubled in value since the game’s release!). By the same token, Pokémon Go has also sparked concern, as players seemingly inattentive to their environment, wander the City focused on their mobile device in search of the elusive Pokémon. For some, “catching them all” has caught them more than they bargained for: (See CBC story).

On Thursday July 14, 2016, (and with much less global attention, if any) Toronto City Council debated its first ever road safety plan, and voted in favour of a motion to request the Minister of Transportation to consider creating a regulation under s.185(1) of the Highway Traffic Act prohibiting pedestrians from “actively using a handheld wireless communication device or handheld electronic entertainment device while on any travelled portion of a roadway.”

Ontario Transportation Minister, Steven Del Duca, was quick to shut the idea down, and assured Toronto residents that the Province had no intention of amending the Act. Notwithstanding, Mr. Del Duca reminded City Councillors that “Municipalities are mature levels of government with powers to establish by-laws in the best interest of their communities” and that “the City of Toronto has the power to pass a by-law similar to the one requested.”

While the regulation of cell phone use “on any travelled portion of a roadway” may be in the “best interest” of Toronto residents, the situation presents a difficult task for City Council should they decide to pursue regulation. For starters, “actively using a handheld device” is unequivocally broad, open to interpretation, and arguably illogical. In 2013, the most recent year with available data, inattentive drivers outnumbered inattentive pedestrians in fatal or injury collisions nearly 14,000 to 537.

In addition, the very act of using a cellphone and the available methods in which to engage the media presents considerable difficulty for regulation. With new apps and programs rapidly coming into existence and changing the way we use mobile devices, not to mention a good ol’ fashion phone call, City Council must consider the countless activities mobile devices present if the by-law is to be of any consequence. For example, if a pedestrian is listening to music on their cellphone through headphones while crossing the street, would (or should) this conduct be captured by the by-law? What if the pedestrian is talking on their cellphone? What if the pedestrian is playing Pokémon Go?

What remains clear is that any such by-law would require a taxing level of vernacular precision, whilst simultaneously minimizing exemptions so as not to render the by-law meaningless. Suffice to say, this would be no simple task.

In the meantime, Toronto will be able to “catch them all” with impunity.