Conspiracy is a complicated tort. In order to succeed in such a claim, a plaintiff is required to establish various elements. Where those elements do not exist, a defendant can bring a summary judgment motion to have the claim dismissed.

In Locke v. Sultana, 2022 ONSC 4347, the defendants, who included lawyers that acted for the plaintiff’s ex-spouse, successfully obtained summary judgment to dismiss the plaintiff’s actions for conspiracy and other causes of action on the grounds that there were no genuine issues for trial.

The plaintiff had originally commenced an action against his ex-spouse in connection with the transfer of her interest in their matrimonial home to herself as a tenant-in-common. That transfer severed their prior ownership interest as joint tenants.

The ex-spouse’s transfer had been recommended by her family law lawyer, Sultana, and was carried out by a real estate lawyer, Murphy.

In an action commenced against his ex-spouse, the plaintiff sought a declaration that he owned a 100% beneficial interest in the matrimonial home and that the ex-spouse’s transfer was void under the Fraudulent Conveyances Act.

The plaintiff then commenced two further actions. In the second action, the plaintiff sued his ex-spouse and Sultana for deceit, concerted action liability, and punitive and exemplary damages.

In the third action, the plaintiff sued his ex-spouse, Sultana and Murphy for the tort of conspiracy, unlawful conduct conspiracy, concerted action liability, malicious falsehood by slander of title, breach of the Fraudulent Conveyances Act, and deceit.

The defendants each sought summary judgment to dismiss these actions. In response, the plaintiff brought three cross-motions on various matters, each of which was dismissed.

With respect to the summary judgment motions, the court concentrated on whether the plaintiff had a claim for conspiracy and whether the ex-spouse’s transfer to herself constituted a fraudulent conveyance.

A motion for summary judgment is guided by a well-established test. Under Ontario’s Rules of Civil Procedure, a court is mandated to grant summary judgment where it is satisfied that there is no genuine issue that requires a trial.

In Waxman v. Waxman, 2021 ONSC 2180, the court held that there is no genuine issue that requires a trial if the judge is able to reach a fair and just determination on the merits on a summary judgment motion.

On such a motion, the rules permit the court to weigh the evidence, evaluate credibility and draw any reasonable inference from the evidence. These powers, however, will not be exercised if it is in the interests of justice that they only be exercised at a trial.

As well, courts have held that on a summary judgment motion:

(i) each party must put its best foot forward;

(ii) the responding party must lead trump or risk losing; and

(iii) the motion judge can assume that all evidence that the respondent might adduce at trial has been adduced on the motion.

The plaintiff produced no evidence to support the second and third actions. More specifically, there was no evidence that the plaintiff suffered any damages as a result of his ex-spouse’s decision to sever the joint tenancy.

As determined by the Court of Appeal in Horne v. Horne Estate, 1987 CanLII 4090 (ON CA), severance of a joint tenancy neither interferes with nor affects existing ownership or occupation of a couple’s matrimonial home.

Indeed, the plaintiff submitted that he had himself severed the joint tenancy through correspondence sent on February 3, 2021. Accordingly, the ex-spouse’s transfer dated February 19, 2021 simply let the entire world know that the joint tenancy had been severed.

With respect to the plaintiff’s claim for conspiracy (to injure), the plaintiff was required to demonstrate that:

(a) the defendants acted in combination;

(b)  the defendants intended to harm the plaintiff; and

(c) the defendants’ conduct caused harm to the plaintiff.

With respect to a claim that there is a conspiracy to perform an unlawful act, a plaintiff must show that:

(a) the defendants acted in combination;

(b) the defendants committed an unlawful act;

(c) the defendants knew or should have known that injury to the plaintiffs was likely to occur from their misconduct; and

(d)  the defendants’ misconduct in furtherance of the conspiracy caused harm to the plaintiff.

The elements of the tort were absent from the plaintiff’s claims.

The plaintiff was unable to establish evidence of an agreement, and even if there was an agreement, the sole purpose of registering the ex-spouse’s transfer of her joint interest to herself in common was not to harm the plaintiff.

As well, the transfer to sever the joint tenancy was lawful and there were no damages.

With respect to the Fraudulent Conveyances Act, the statute requires an intent to defeat, hinder, delay or defraud creditors or others of their just and lawful actions and damages, among other things.

However, the plaintiff was not a creditor of his ex-spouse.

In any event, the court found that the transfer did not affect the ex-spouse’s right because her interest in the matrimonial home would still be available to any creditor.

In the result, the plaintiff’s second and third actions against his ex-spouse and the lawyers who acted for her in either giving advice to transfer her interest in the matrimonial home or to register the transfer were dismissed with costs awarded for the motion and action in the amount of $19,000 (to Sultana), $24,000 (to Murphy), and $14,400 (the plaintiff’s ex-spouse).

The lawyer who registered the ex-spouse’s transfer, Murphy, was represented by James Cook and Dara Hirbod.

Mr. Cook is a senior partner in the Dispute Resolution Group at Gardiner Roberts LLP.

Mr. Hirbod is a senior associate in the firm’s Dispute Resolution Group.

A PDF version is available to download here. If you require any litigation assistance, our Dispute Resolution Group lawyers are available to assist you. 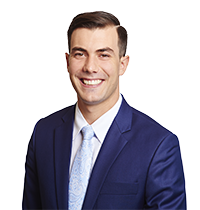